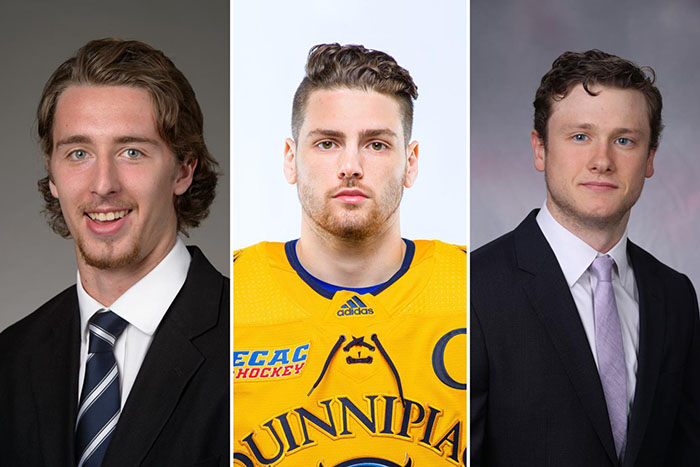 Three South Kent School alumni have been nominated for the Hobey Baker Memorial Award, which recognizes the top NCAA men’s ice hockey player in the United States each year. Nominees of this honor are not just selected for their athletic prowess, but also their “teamwork, dedication, integrity, exceptional play, humility, and, above all, character.”

Congratulations to Alex, Chase and Joe on being nominated for the Hobey Baker Award! It’s a great honor be nominated; best of luck to the South Kent School alumni.

Alex, Chase and Joe are not the first South Kent alumni to be recognized as a Hobey nominee. Snively was also in the running last year along with Jack Riley ’11. In 2014, Shayne Gostisbehere ’11 (current defenseman for the Philadelphia Flyers) and in 1995, Brian Mueller '91, were among the top 10 nominees for the distinction.

According to the official website: “The Hobey Baker Award was named for hockey legend and World War I veteran Hobey Baker. Universally recognized as the best amateur player in the United States, Baker was the ultimate gentleman sportsman, always playing the game with courage, honor, and humility.”

The Hobey Baker Award winner is chosen based on votes from NCAA Division I Coaches as well as fans. It’s easy and only takes a few moments to cast your vote for one of the South Kent alumni.