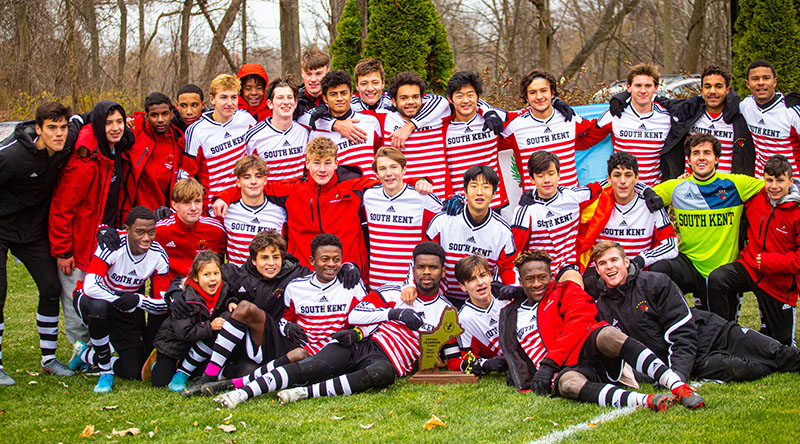 Our goal is to create a team from a group of players and to win a NEPSSA championship by playing high level soccer with class and integrity. We truly believe it is not whether you win or lose, but how you play the game. We strive to keep the student first in student-athlete and have our players be leading students and citizens of our school community. Players are mentored to make the connection between lessons learned through athletic competition and their everyday lives. 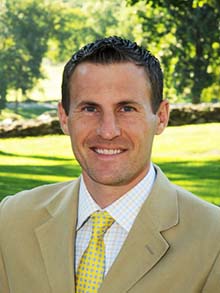 Coach Finberg joined the South Kent community in 2004. 2019 will be his 16th season leading the Cardinals soccer program. He came to South Kent after four successful years as head coach at West Nottingham Academy in Maryland.

Coach Finberg prides himself on providing accountability to high expectations, a family atmosphere and professional training on the field and in everything that goes into developing elite student-athletes. He strives to achieve the team's core values of development, excellence and class in all they do. Instilling these characteristics and the individual attention that each player receives has led to many successes for our players and teams on The Hillside and beyond.

During his time at South Kent Coach Finberg has won several coaching awards, just recently being named a High School Coach of Distinction by the United Soccer Coaches.  The award, "acknowledges high school coaches that go above and beyond by using their coaching position to teach life lessons and provide opportunities to develop outstanding young men and women."  In 2015 he was awarded the National Coach of the Year from the National Soccer Coaches Association of America (NSCAA).  He also won the New England Coach of the Year from the NSCAA in 2015 and 2008.   He has been named small school prep school coach of the year by the Connecticut Soccer Coaches Association ten times as well as Prep School Coach of the Year in 2008 and 2015. In 2008 he also won the Joshua Krusewski “Outstanding Young Coach” Award from the Connecticut Junior Soccer Association. Also, the 2007 and 2011 teams were recognized with the Sportsmanship Award from the Western Connecticut Soccer Officials Association.

In addition to coaching on the scholastic level, Coach Finberg has also worked with the Olympic Development Program (ODP) of U.S. Soccer. Coach Finberg has coached internationally at the Gothia Cup, Dana Cup, Lake Como Cup, Rangers Football Club Invitational, Watford and London International Festival of Football, and the Manchester Football Festival. He has won five Connecticut State Cup Championships in club competition. He has also led the Beachside USL Super-20 team to the national finals and been a head coach in the US Soccer Development Academy. This past summer he helped guide BlackRock FC's Professional Development League (PDL) team to the Northeast Division title in their inaugural season before losing to the NY RedBulls 2-1 in the Eastern Conference semifinal. Coach Finberg has spent time learning from multiple professional clubs and holds his Premier Diploma from the United Soccer Coaches (formerly NSCAA), and an "A" license from the United States Soccer Federation (USSF).

Hank McWhinnie, a long time high school soccer enthusiast, is back on staff as a eleventh year assistant coach. The Kent resident's knowledge and motivational skills have been key to the team's success over the last decade.

Carlos Almeida returns as the goalkeeper coach for the program. Coach Almeida played on two NCAA College Cup teams at UCONN, winning the 1981 National Championship.  Prior to attending UCONN he was a standout goalkeeper for Danbury High School, earning all-region and all-state honors.  He played after college for the renowned Danbury Portuguese Club. He has a wealth of experience coaching at the club, high school and college level as well as his own goalkeeper training school - CT Keeper.  Coach Almeida holds licenses from the USSF and NSCAA.