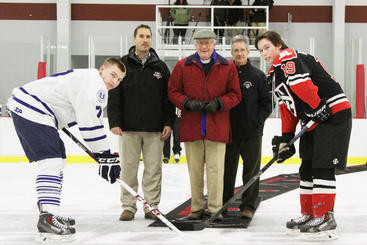 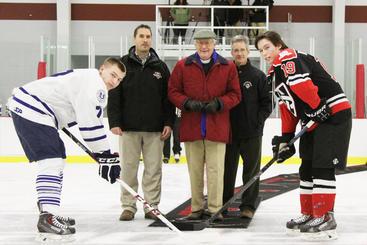 The Admiral James & Sybil Stockdale Arena at South Kent School was abuzz with student-athletes, fans, coaches, teachers, and alumni last week. Following construction of the state-of-the-art ice rink, along with a dedication in October featuring notable speakers such as American diplomat Dr. Henry A. Kissinger, South Kent officially opened the doors to the new facility. “We are neighbors from just down the road and we’re very proud of you,” Kissinger had said at the dedication.

Head of School Andrew Vadnais began the opening festivities on Thursday, December 11th with an “open skate” for all of South Kent School. Students, teachers, and faculty children all enjoyed skating around the beautiful rink. “I thought it was important for our very first event in the new rink to be for the whole community,” Vadnais said. “It was a magical experience to have everyone come together and skate while listening to Christmas music. Opening night was truly indicative of what the South Kent family is all about.” 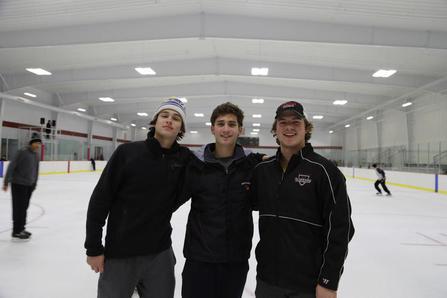 On Friday, the Head of School gathered with campus leaders and athletic coaches for a formal ribbon cutting ceremony. “As alumni who also played hockey on the Hillside, I’m proud that both [U16 National Assistant Coach] Dillon Duncan ‘04 and I are able to be a part of the next step in South Kent’s history,” U16 American Assistant Coach Patrick Crowley ‘08 said. 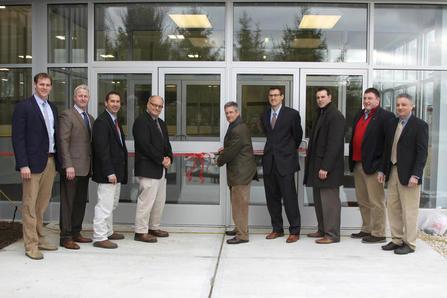 The Varsity Hockey team played their first game at Stockdale Arena on Friday night, coming out with a 3-1 win against Shepaug Valley School. On Saturday, retired South Kent Chaplain Reverend William Low performed the ceremonial puck drop along with Vadnais and Selects Academy at South Kent School Director Devin Rask. Selects Academy at SKS U16 American student-athlete Kyle Warren ‘16 began the game with a face off against a Northwood School opponent. "The Stockdale Arena is a big time facility; it shows the support for the program and allows each and every player the opportunity to enhance their skills both on and off the ice," Rask said.

All four hockey teams, including Varsity, U16 American, U16 National and U18 National, played multiple games on the new home rink throughout the weekend. By Sunday evening, 6 of 7 hockey games resulted in South Kent wins, with the 7th being a tie. There are high hopes for this athletic season, as New England Regional Champions Selects Academy at SKS U16 National head to the National Tournament in March for the 2nd consecutive year.

With a promising start in the newest building on South Kent’s campus, the school is dedicated to upholding not only the memories of the past, but also the legacy within its name. “My parents’ story is very powerful and it contains important lessons for future leaders of our country,” South Kent alumnus Sidney B. Stockdale ‘73 said. “Thank you for keeping their story and the values contained alive.”

To view photos from the Stockdale Arena opening, click here.

The combination of South Kent School’s innovative educational programming and high level athletics continue to attract the type of high caliber, driven young men that South Kent has a reputation for educating. Through our partnership with Selects Hockey Academy, we have placed boys at Yale University, Cornell University, Boston University, UCONN and many other top tier Division I colleges. The new rink is designed to meet our current needs and to expand our capabilities for the future.