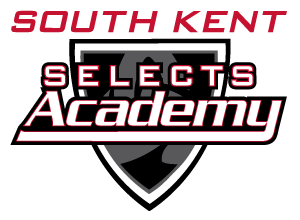 The South Kent Selects Academy 18U National program allows those players moving on from the 16U levels to continue their education without disruption while offering a widely desired and, until now, unavailable alternative to New England prep school hockey. This 18U National team plays the most competitive Tier I Midget schedule, participating in the top 18U tournaments in the northeast and across the country. By continuing their high school education at South Kent School, our 18U players position themselves to make the transition to higher levels upon graduation including the NCAA, USHL and CHL. South Kent students on the 18U National team are receiving college commitments from some of the top academic and Division 1 NCAA schools in the country.  In addition, our students regularly receive attention from NHL scouts.  They are being placed on the NHL Central Scouting List and are projected as future NHL draft picks.

Coach Hutcheon started at South Kent in 2018 as Head Coach to our 15U team, and during his first year he led his team to an incredibly successful season, with appearances at a number of high profile tournaments, including making it to the quarterfinals of the USA Hockey National Championships. From before his time with SKSA Hutcheon brings a wealth of experience in skills development to the SKSA staff, having spent the past three years at the St. Louis Blues Prospects Camp and High End Hockey. Since 2010, he has worked with over 100 professional and 150 NCAA hockey players in a skills development setting.

Prior to South Kent Hutcheon spent nine seasons as a coach with the Neponset Valley River Rats 18U team and has strong relationships in the midget and college hockey ranks throughout New England. He recruited and coached the River Rats 18U team to a USA Hockey Tier 1 National Championship and a Massachusetts State Championship in 2012-13. Hutcheon helped 33 players advance to NCAA Division I during his time as a head coach with the program. Hutcheon’s network also extends to the midwest, where he has served as a New England region scout for the Youngstown Phantoms of the United States Hockey League (USHL) for the past seven years.