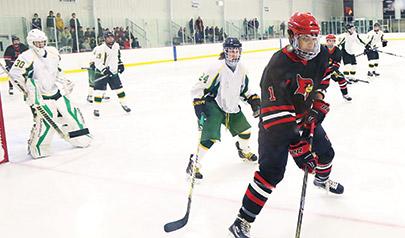 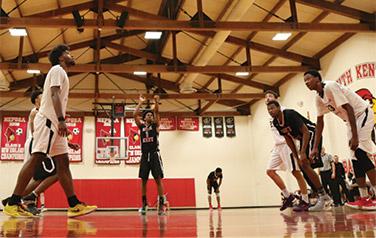 At South Kent School, athletics are part of everyday life. The school expects that each boy who spends time on the Hillside participates in a fitness oriented athletic offering at least two seasons of the year; the third season, he may participate in an extracurricular activity. The Physical Fitness option is limited to VI Form and Post-Graduate students. Each student is asked to contribute to a program designed to challenge him as well as build his self-esteem and confidence. The athletic program engages our students in developing teamwork by driving toward a common goal and learning that personal sacrifice can benefit the whole. If, for documented medical reasons, a boy cannot actively participate in the School’s athletic program, he is expected to work with the athletic trainers or serve one of the teams in another capacity.

South Kent’s interscholastic athletic schedules are very competitive. Frequently, the teams compete against much larger schools. SKS has a rich tradition of hard work and fair play. South Kent boys compete with pride and remain gentlemen in victory as well as in defeat. South Kent School is a member of the New England Preparatory School Athletic Council and the Hudson Valley Athletic League. Teams have the opportunity to participate in post-season tournaments and compete for league and New England titles. South Kent School adheres to HVAL and NEPSAC guidelines for athletes, coaches, officials and spectators.

South Kent's coaching staff are happy to offer a High Performance Student-Athlete consultation to help determine what path is right for you along with advice on how get the best opportunities for your future.

Our Alumni in Division 1

The list of South Kent Alumni that have continued their passion for athletics is an outstanding one. Colleges attended by South Kent graduates in the last ten years include: