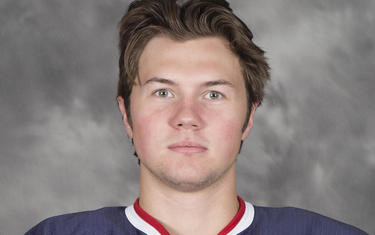 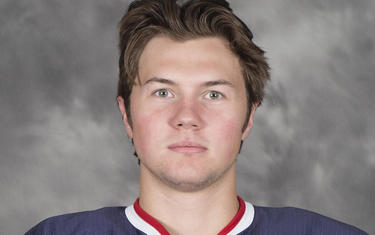 Former South Kent School student Andrew Peeke ’16 is on the international stage once again, this time as a member of the 2018 U.S. National Junior Team, who are competing in the International Ice Hockey Federation (IIHF) World Junior Championship (December 26, 2017 to January 5, 2018). The U.S. team is slated to compete for the Bronze medal vs. Czech Republic Friday, January 5 at 4:00pm ET LIVE on the NHL Network.

“This is quite an accomplishment where the best U20 players in the world compete against each other,” says Devin Rask, Director of Selects Academy at South Kent School. “Peeke played three years for us on the U14, U16, and U18 teams before going on to the Green Bay Gamblers of USHL and to the University of Notre Dame where he plays now.”

At South Kent, Peeke earned the title of Top Defenseman and was selected for the Coaches’ award. Off the ice, Peeke was a repeat honor student and was named Top Student in his Third Form year. Of his time at South Kent, Peeke previously noted, “I was able to keep up with my academics, I had the coaches’ attention, and the weight room helped me to stay prepared.”

Peeke was a second round, 34th overall, draft pick for the Columbus Blue Jackets in the 2016 NHL Draft. He is one of 23 players and one of only seven defensemen to be chosen to represent the United States on the National Junior Team. Prior to this event, he represented the U.S. three times internationally: at the 2015 World Junior A Challenge in Ontario; the 2015 Ivan Hlinka Memorial Cup in the Czech Republic; and the 2014 Under-17 Select Five Nations Tournament in Germany.

Tune in to the NHL Network LIVE at 4:00pm to catch Peeke in action.