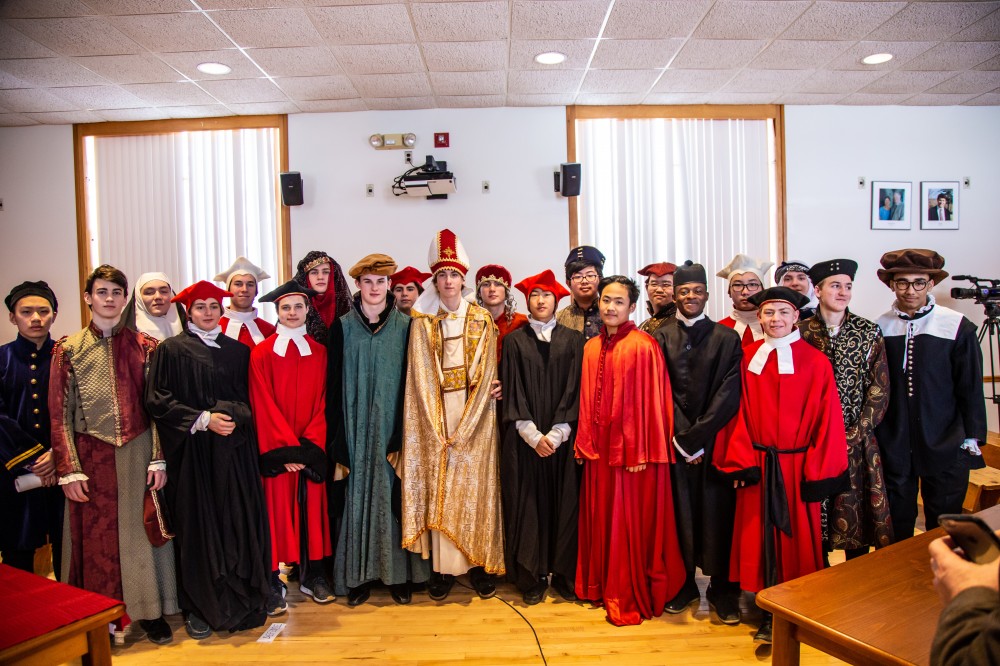 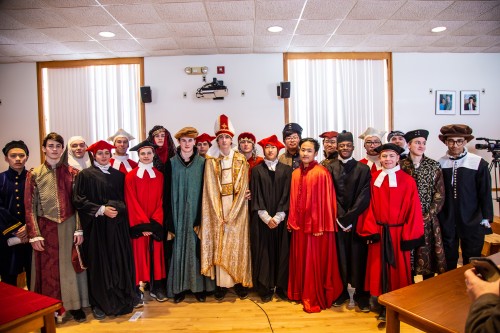 Galileo Galilei was on trial once again at South Kent School on Wednesday, March 6th, and the entire Fourth Form participated in the project, embodying historical characters from 17th century Italy. The class was split into two consecutive trials, both with a modern courtroom twist. The first was based on the Decree of 1616 forbidding Galileo to spread his ideas supporting Copernican heliocentrism and the second modeled the subsequent 1633 trial of Galileo by the Roman Inquisition.

Students conducted much in-depth research to construct arguments and learn characters in advance. They worked to support their teams (defense, prosecution, judicial) for weeks leading up to the trial. In authentic period costume, many of the fourth formers amazed the audience (both in-person and on LIVE streaming video) with their eloquent arguments throughout the two trials. Viewers watched intense cross-examinations, heated objections, the charging of multiple witnesses for perjury, and the defrocking on high-ranking church officials.

With the judges ensuring fairness and order in the court, each team of lawyers and witnesses presented evidence and defended their position. Although it was a challenging task to decide Galileo’s fate, the judges ruled Galileo guilty in both trials and sentenced him to house arrest for the remainder of his life. This hands-on project is one of the preeminent events of the fourth form year and is a favorite among the students. It has become a tradition over the 20 years in which it has taken place.

Watch the videos on South Kent’s YouTube page below: