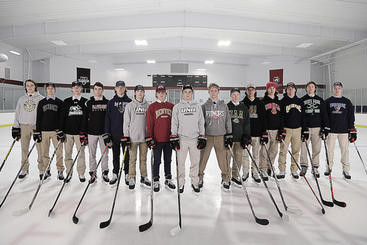 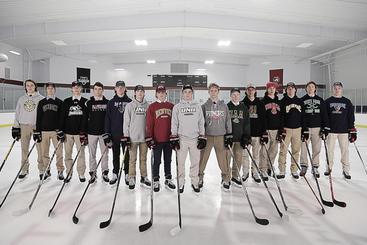 If you were told about a program that is one of the top in the country for college recruits in the USA Hockey U16 and U18 League, you would likely imagine a huge, longstanding organization who has been churning out star athletes for many years. While the longstanding part is certainly true, South Kent School is anything but large.

Founded in 1923, South Kent is an independent, college preparatory school for boys in grades 9-12, with an option for a postgraduate year. The campus is home to around 180 boys, with an 85% boarding rate.

Ice hockey is an integral part of South Kent School. Whether boys are out on the frozen pond during winter months or hitting the ice in the brand new, state-of-the-art Admiral James and Sybil Stockdale Arena, all are welcome to participate in this wonderful hockey tradition. But, with the addition of three teams (U16 American, U16 National and U18 National), and two consecutive appearances from two of these teams in the USA Hockey National Tournament (U16N and U18 reached the Elite 8 this year), it’s hard to believe the Selects Academy at South Kent School only had its start four years ago.

This academic year, the tally of college commitments is up to 15 (14 Division I and 1 Division III). South Kent has recently graduated such names as Shayne Gostisbehere '11 (2014 NCAA Hockey Champion from Union College, Philadelphia Flyer Third Round Pick) and Anthony Florentino '13 (2015 NCAA Hockey Champion from Providence College, Buffalo Sabres Fifth Round Draft Pick). After winning the championship, Florentino said of the school: "I also need to thank South Kent for opening a door in my life and allowing me to find Providence as a home," he said. "I cannot describe this feeling I have, but I am very grateful to be a part of this program. This team is a group of guys that made it happen as one and as a family."

“We’ve become a focal point in the hockey community. Kids are looking from all over the world at our program,” Selects Academy at South Kent U18 Associate Head Coach Scott Gainey said. The diversity and skill-level was an adjustment for Sacred Heart University commit Austin McIlmurray ‘15. “Coming in, I didn’t realize how great everyone else would be. It taught me how to work hard to prove myself and move up the line.”

With the school’s strong focus on excellence for boys - both in the classroom and in athletic endeavors - the Selects Academy at South Kent program has brought this concept to the elite level. With a one-to-one iPad program securely in place and a 99% e-textbook adoption rate, South Kent students have access to their studies wherever they go. On-campus teachers are readily available for help outside of regular class hours. This has worked particularly well for the bright, talented student-athletes that have flocked to South Kent’s campus. Many of these student-athletes have earned academic awards in the closing of the school year.

“Coming from Virginia, the hockey and school weren’t together,” Cornell University commit Alexandre Limoges ‘16 said. “If I was doing well in hockey, my academics would drop, and the other way around. One of the major reasons I came here was because hockey and school were combined. With easy accessibility to my courses, I can ask teachers (since we are so close with them) what the work is, and I never fall behind.” SUNY Plattsburgh commit Evan Lindquist ‘15 agreed: “Having the iPad, iTunesU [classroom portal], and coaches who took your academics seriously, made a huge difference for me. Being in the same school as people on your team helped; I could call and ask if they wanted to do the math homework, and we could work on it together.”

This is where the uniqueness comes in: most opponents come from teams made up of students from a variety of schools, or are “split season.” The idea of a unified school community, dedicated to a top level education and offering Tier I youth hockey, is a rare one. Many believe this unity to be also part of the program’s recipe for success. “The combination of private school education and full time elite level hockey has been a success,” Director of Selects Academy at South Kent School Devin Rask said. “It does not force the families to sacrifice one over the other. Everything they need is right here on campus: classroom buildings, dorms, cafeteria and brand new rink with weight room all within in a few minutes walk.”

Many of South Kent’s committed student-athletes echoed these sentiments. “I have been able to work on my game year round with the coaching staff, developing my skills to be ready for the next level. The boarding school environment prepared me because it is similar to college, but on a smaller scale. ” University of New Hampshire (UNH) commit Joseph Cipollone said. University of Alaska Anchorage commit Aaron McPheters feels the same way about living at the school. “Living so far away from home helped because I never had to live on my own before I came here.” In Stockdale Arena, athletes can practice throughout the entirety of the academic year. Quinnipiac University commit Matthew Creamer ‘15 (and 2014-2015 Sacristan and Prefect) added, “Here, I can play hockey almost year round. I can focus on my skills, gaining weight, getting better in the gym. The ice is open from 9am to noon weekdays, and I can go down whenever I have a free period.” University of Notre Dame commit Andrew Peeke ‘15 (who also represented the U.S. on the U17 National team last summer) mentioned his use of the top notch facilities. “Here, I was able to keep up with my academics, I had the coaches’ attention and the weight room helped me to stay prepared.”

Selects Academy at South Kent School brings the rare combination of a training ground and a small, intimate community for aspiring young athletes. Simply stated by Colorado College commit Connor Sundquist ‘15: “South Kent taught me how to take advantage of the great opportunities it provides.”