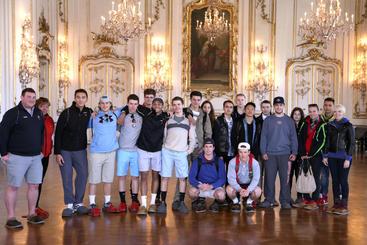 The Czech and American group at Kromeriz Chateau

The exchange program offered students from both countries an opportunity to learn about a different culture and educational system. The South Kent students learned about the history of central Europe. They visited Vienna (Austria), Prague, and Kromeriz, and participated in local Brno activities such as a 33-step rope course and VIDA Science Centrum. Czech and American students rotate bi-yearly between trips to the Czech Republic and South Kent.

See more of the group's adventures on the School's Facebook page and Bryce Mann's travel blog.