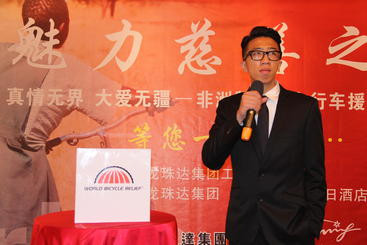 The Call to Serve on the Hillside and Around the World 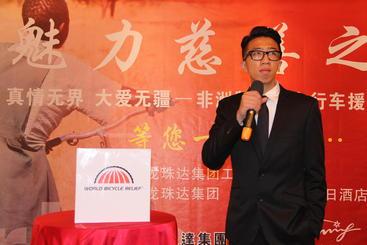 It only takes one person to make a difference around the world. Following the week of Martin Luther King, Jr. Day and South Kent School’s all-school trip to see the film, Selma, this sentiment is particularly pertinent on the Hillside.

The South Kent community is certainly bringing this concept into action across the globe. Alumnus Zhen Lin '12 took his own “Call to Service” to his home country of China. Lin held a fundraiser at his father’s hotel, the Charming Holiday Hotel in Zhuhai China, in partnership with World Bicycle Relief (WBR). WBR was was founded in 2005 by fellow South Kent alumnus F.K. Day ‘78 and Leah Missbach Day.

Lin was inspired by “the power of transportation” when he heard Mr. Day speak at South Kent. “He quickly signed up for the next Africa Rides, which empowered him to continue spreading the word through this awesome charity event which had over 100 attendees and raised a whopping $17,000 USD,” WBR’s website states. Sharing the importance of providing bicycles for children’s transportation to school, Lin also talked about his own Africa Rides experience. “Africa Rides was an impressive trip, and Zambia is an absolutely beautiful country” he said. “I want to do more to make this world a better place in the future.”

South Kent has a history of partnering with World Bicycle Relief through participation in multiple fundraisers over the years. Now, the connection has gone beyond Lin or even school-sponsored events. This year, the First Congregational Church of Kent, where multiple South Kent School faculty members attend, has chosen to donate to World Bicycle Relief.

As a founder of WBR, Ms. Day believes that these contributions from SKS constituents such as Lin are far reaching. “The ripple effect you carry with you since graduating S. Kent for WBR is reverberating for rural school children’s access to education in southern Africa...When school children who receive bicycles learn that young adults, recent graduates of school, are supporting their education to reach that high they are inspired to strive,” she said.

Since its inception, WBR has put over 100,000 specially designed, locally assembled bicycles in the hands of students, healthcare workers and entrepreneurs in developing countries around the world.