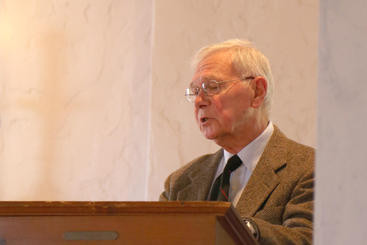 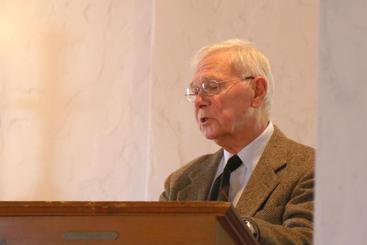 Noble F. Richards '49 speaks to the students on Founders' Day

Today, South Kent School celebrates its 91st anniversary, or Founders’ Day. Founded on September 26, 1923 by Reverend Frederick Herbert Sill, Samuel Slater Bartlett and Richard M. Cuyler, South Kent is stronger than ever with a robust and unique curriculum for boys.

The day began in morning assembly with School Chaplain, Reverend Stephen Klots, discussing the School’s foundation and the special visitor at chapel. During the service in St. Michael’s Chapel, students listened to a talk from Noble F. Richards ‘49, the fifth headmaster of the School. For 40 years, Richards taught math at South Kent. During the 5 years he was headmaster, he continued teaching. In addition to his many years in connection with the School as a student, teacher and headmaster, Richards is also an emeritus member of the board. 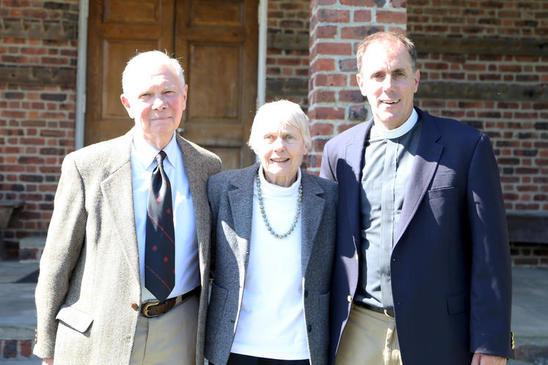 Students listened attentively as Richards spoke in depth about the foundation of the school and about the traditions that are held here. He quoted the School prayer, which is still recited by the students every morning.

Teach us, Good Lord,
to serve Thee as Thou deservest:
to give and not to count the cost;
to fight and not to heed the wounds;
to toil and not to seek for rest;
to labor and not to ask for any reward,
save that of knowing that we do Thy will.
Amen.

He noted that the words in the prayer still apply to the school today. Richards also spoke about the history of the School. “South Kent made it through the Great Depression, and lost many during World War II. This side chapel is dedicated to them,” he said somberly. Richards went on to point out that through 91 years, South Kent is still here and continues to foster family-like relationships between faculty, coaches and students. Character has always been instilled in students through the jobs program and in the way South Kent boys conduct themselves every day.

After lunch, the students and faculty celebrated Founders’ Day with cake.

Head of School Andrew Vadnais said, “One of the things we’re about here at South Kent is excellence. Begin with the end in mind.” Even on its 91st anniversary, South Kent School will continue to strive for that same excellence in the future.