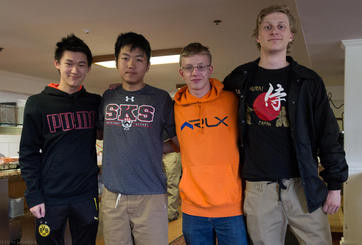 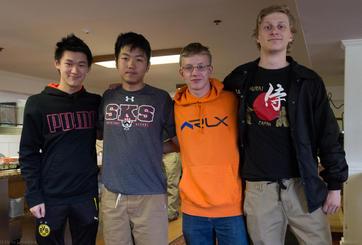 The SKS Fair winners in every category, including Best in Show.

The 2016 SKS Fair was held in the Brown Gymnasium on April 28, 2016. The event featured some of our best and brightest showcasing projects that had some connection to our Center for Innovation programming. Some of the standout projects included a Tesla Coil from Oliver Widiasana, a Kotatsu from Sung-Hyun Han and a light controlled by a watch through the use of JavaScript and computer coding by Ryan Liao. We even had two projects with fun, live demonstrations. Nick Valletta was a crowd pleaser with his marshmallow launcher, which used the power of compressed air to fire marshmallows the length of the gym. Billy Horton had another live display as he skidded down the Hillside's asphalt on a bike he made that could smoothly glide and maneuver on the surface. It wasn't quite as graceful as it sounds, Billy did end up tumbling off his creation onto the grass near the bottom, unharmed because of his helmet, and then jubilantly jumped up to a cheering crowd of his classmates. But failure is at very heart of the process. Science projects are about trial and error through experimentation, and that tried and true method was on full display at this year's event. 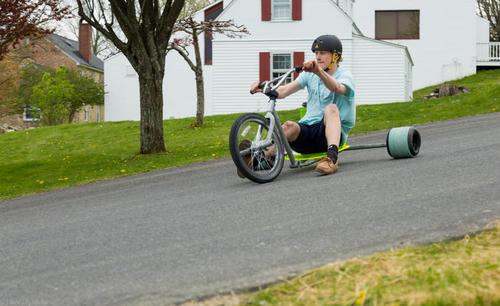 After the faculty and students spent the afternoon seeing all the projects and casting their vote for the best project, one student emerged victorious. Billy Horton, creator of the drift bike that so many students enjoyed watching in action, was crowned the winner of the 2016 SKS Fair. Other students were awarded as the best in certain categories that define the Center for Innovation programs. Slava Browning won the Sustainable Earth category with his "Farming Through Time" project which displayed different tools that were important in the history of farming. Ryan Liao won the Sustainable Design category with his aforementioned watch controlled lamp. As for the category of Sustainable Community, Shiqi Hu ran away with the vote. His project was called "SKS Tablesetting" and talked about how the traditional way of laying out silverware for meals at the school could be perfected to avoid waste.

Although the 2016 SKS Fair fell behind schedule due to student breaks and sports tournaments, the final event was impressive. The boys fought through the adversity and came up with innovative, exciting projects. Each of the winners brought something unique to the table and they all deserved the recognition they received. We look forward to next year's event to see how the Fair will continue to develop.

See all the photos from this year's event on our Facebook page HERE.