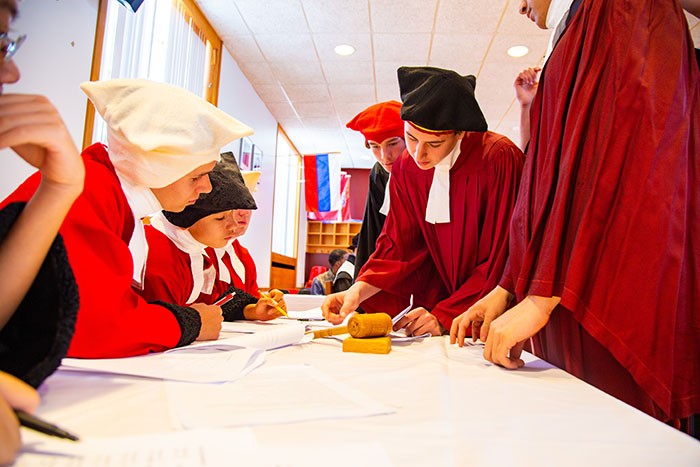 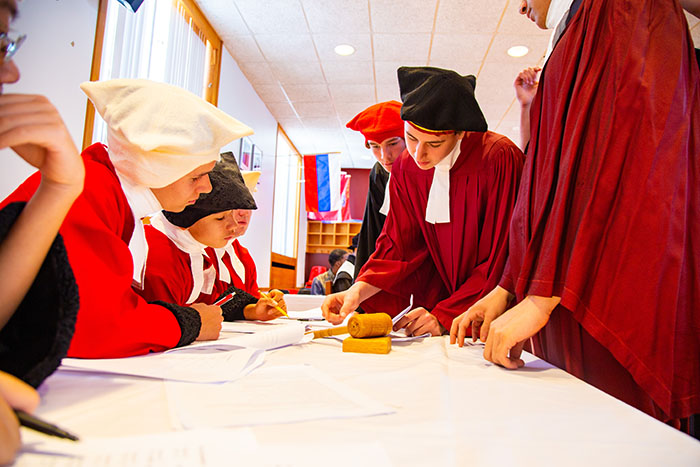 What better way is there to learn about and understand history than to live it? The annual Galileo Trial at South Kent School has students reenact trials based on the Decree of 1616 forbidding Galileo from spreading his ideas supporting Copernican heliocentrism and the subsequent 1633 trial of Galileo by the Roman Inquisition. Fourth form students take on the roles of defense, prosecution, judges, and witnesses. Participating in the trial in their various roles allows students to put themselves into the mindset of the times giving them a greater comprehension of the historical, religious, legal, and societal features at play. The trial also allows the boys to have some fun by giving them the chance to perform in awesome costumes in front of their peers. 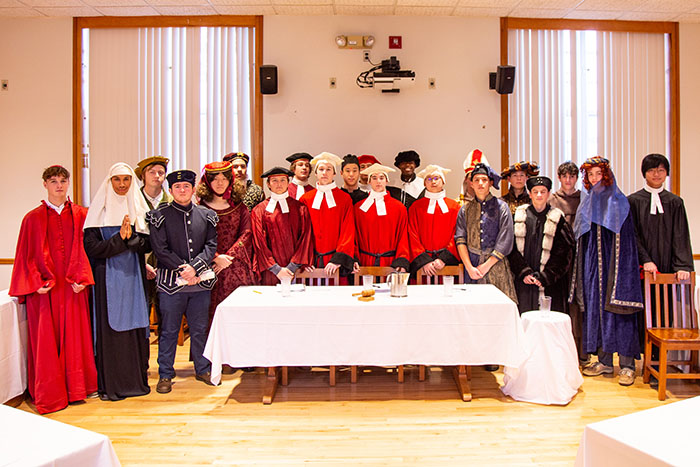 Prior to the trial students work with their teachers to conduct in-depth research about their characters and the historical period, construct arguments for their side, and gain an understanding of the responsibilities of their roles in the trial. The trial runs twice over subsequent days, ensuring that each student has the opportunity to play a role. During the trial each side calls up their witnesses for examination, followed by cross examination, and often much private discussion with the judges. After all testimony is given the judges retire to their chambers to deliberate and then return to the court room with a verdict. 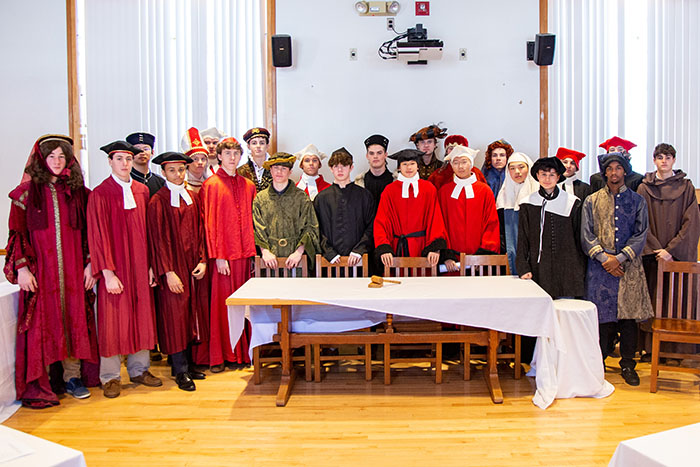 This year’s trials were lively events, with the audience staying interested and entertained as witnesses showed off what they had learned, and lawyers watched for any opportunity to sway the judges to their side of the argument. After much penetrating cross examination, impassioned objections, and several witnesses being ejected from the courtroom for perjury, the lawyers in both cases gave their final arguments and the judges passed down their judgement. In both trials Galileo was declared guilty and sentenced to house arrest for the remainder of his life.