A South Kent School education is about far more than just what happens in the classroom between students and teachers, at SKS attention is given to all aspects of a student’s growth and development. In this space I will share my thoughts on South Kent School, the latest thinking in the field of education, and, because parents are vital to a boy’s growth, information and links to resources that can help you better understand and be more involved in your son’s education. 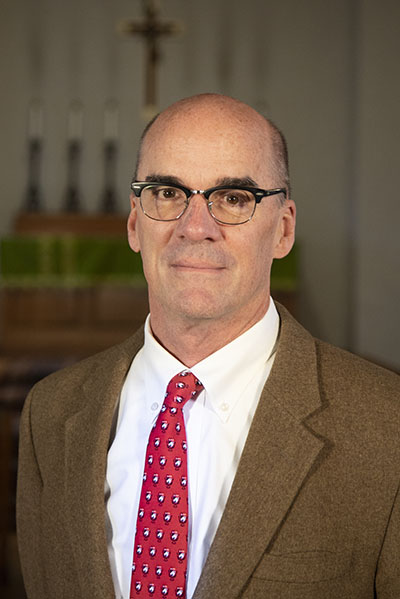 Lawrence A. Smith, SKS class of 1973, became South Kent School’s ninth Head of School in February of 2019. As the son of two former faculty members, Lawrence grew up at and attended South Kent School, and has strong connections and great devotion to the School. Lawrence holds a BA from Princeton University and a Master’s degree in History from the University of New Hampshire.

Lawrence has a long and distinguished career in secondary education as a teacher, coach, mentor and academic administrator. He spent 22 years at Phillips Exeter Academy teaching history, coaching hockey and varsity crew, overseeing the largest boys dormitory and serving as History Department Chair and Associate Dean of Faculty. While at Exeter, Lawrence co-founded the Exeter Humanities Institute, which has become a nationally recognized conference for learner-centered teaching.

He was recruited to St. Paul’s School in 2011, where he again taught history and humanities, coached crew and served as Dean of Teaching and Learning. While at St. Paul’s he co-founded the Independent School Teaching Residency (ISTR) program in partnership with the University of Pennsylvania Graduate School of Education, a groundbreaking approach to training teachers in independent schools. For seven years Lawrence co-directed the program with his wife, Relinde de Greef.

Lawrence now brings his many years of educational experience to South Kent School. Under his leadership SKS embraces a curriculum based on how boys learn best, and capitalizes on the many advantages of being a school that is small by design. As the School approaches its 100 year anniversary in 2023, Lawrence’s leadership ensures that the school adapts and develops so that South Kent School can continue its mission for the next 100 years.