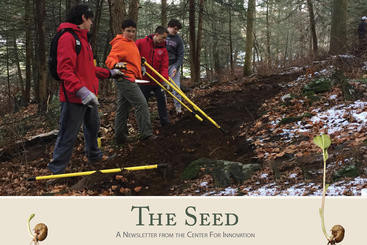 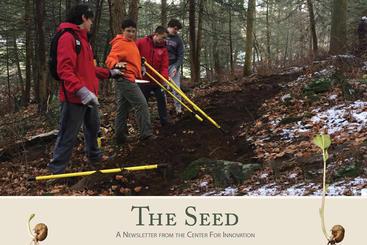 By Todd Gennings and John Funk

The Sustainable Trail Building and Design class kicked off the Fall Term exploring the IMBA flagged mountain bike trail system that begins behind Admiral James and Sybil Stockdale Arena. Students were challenged to locate the existing trail in the dense woods and to remap this trail using GPS. After some careful planning, the real fun began when students grabbed the cache of tools and began construction. “I could not wait to get done with the planning part and get to work,” said Artur Turansky, a Third Former from Bratislava, Slovakia.

Matthew Franks, a third form day student from South Kent, was excited to work with his hands on the land. “My favorite tool was the Pro Hoe. This was my favorite because it was very useful for clearing ahead for the rest of the group. In my opinion, using any of the other tools would have taken forever to get through the thick brush. The Pro Hoe was best for chopping up and moving roots, invasive species, and ripping open ground for the trail.” Another Third Former, James Lawlor, really enjoyed being “out in nature and learning how to properly use tools and build trails, which is what most of us have never had experience doing. “

Students were challenged to route a trail through a dense forest, create a fun-filled and scenic trail, all the while having a minimal impact on nature. “One of the things which was hard was cutting into the side of the hill and making the slope of the trail exactly 5% so that water would gently run off it and not create areas of erosion,” said Dylan Sock, a fourth form trail builder.

One of the other components of the course was examining the health of the forest. Students quickly learned that large sections of our school’s forest are overgrown with invasive species such as Japanese Knotweed, Japanese Barberry, and various vines. Students removed up to ten feet of invasive plants along the trail in an effort to make work possible, riding enjoyable, and to contribute to the health and well being of the forest. “It was cool to see all the animal tracks on the trail once we began working. It shows how hard it must be for them to move through the woods when it is covered with [Japanese] barberry,” explained Will Amory, a Fourth Former. 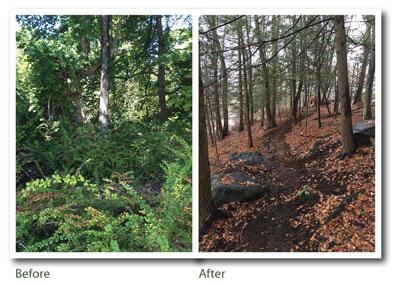 Students completed a quarter-mile section of trail beginning behind the Admiral James and Sybil Stockdale Arena and running adjacent to Hatch Pond--nearly the whole way to Alumni Boathouse. From there the trail connects with some of the old logging and farm roads which still crisscross the woods at the School. Jake Hoadley, a Fourth Former from Kent, remarked at the conclusion of the course in December, “It would be really cool to have a whole network of trails here. We would have a way to ride around, get exercise, and enjoy being outside if we had more trails done.”

The second iteration of the course will begin in the Spring Term with a new crew of students, planning, mapping, exploring, designing, and building another section of trail. Students will be picking up where their classmates left off and will continue the tradition of boys melding academics, teamwork, and sports with working the land here at South Kent School. 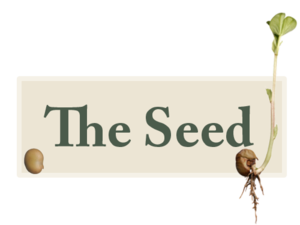