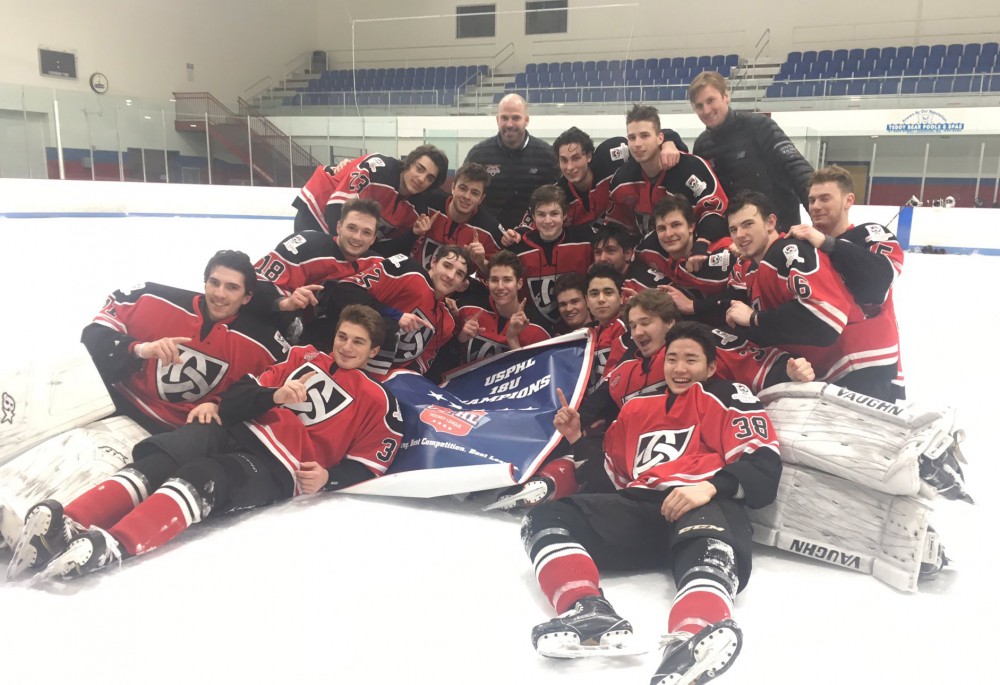 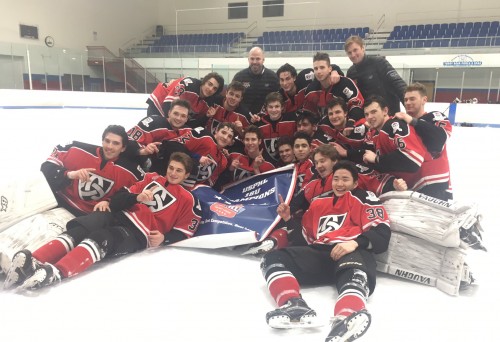 The South Kent Selects Academy U18 team has won the USPHL Championship! After defeating the New Jersey Hitmen 3-1 on Sunday, February 24th, captain Jack Robilotti ’19 called it “a great weekend lot of great competition.” For a number of student-athletes on the team, this was the second year in a row earning this honor, as the U16s took home the title last year. “It was great to win another USPHL championship, back to-back ,” said captain Jack Robilotti '19, who is also a South Kent prefect.

Captain Nick Dineen, also a prefect, tied the game 1-1 after scoring off of a feed from co-captain Will Margel ’19. Dineen agreed that “it was an all-around great weekend,” and Margel noted that it was not without its challenges. “We fought hard. We were short of bodies throughout the game, but I’m glad we all stayed together and came out on top,” said Margel. South Kent Selects Academy had the momentum on their side, and went on to score two more goals–one from Ryan Coughlin ’19 with an assist from Primo Self ’20, and the other from Stephen Kyrkostas ’19 with an assist from Spencer Kring ’19. Goalie Dominic Basse ’19 achieved 23 saves out of 24 shots on goal. “I give a lot of credit to the Hitmen," said Robilotti. "They battled hard the whole way, but we took it to them after that first goal and eventually got the ‘W,’ the most important thing.”

Head coach Chris Uber helped lead last year’s U16 team to a USPHL win as a then-assistant coach, and now, he has done it again as head of U18. Pointing out the rigors of playoff hockey in general, Uber applauded his players stamina and determination: “It takes a lot of work along the way. These guys bought in all the way.” The team’s impressive championship win comes after five games in three days, and a semifinal win in overtime against the Skipjacks. “You have to get into the playoff mentality if you want to be here on Sunday,” Uber said. “We lost a tough one to Northwood. I’m proud of their effort to bounce back and be here today, to be able to create 51 minutes this morning and do it again this afternoon.”

Get more details about the exciting championship matchup on the USPHL website here.