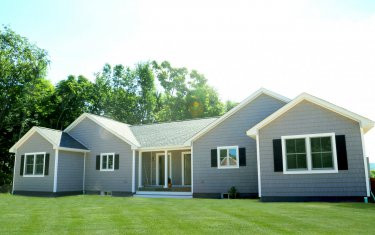 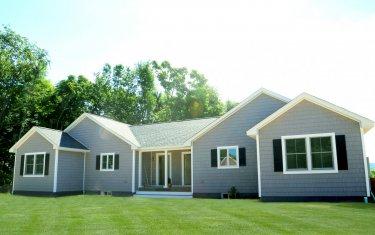 2013 has been packed with activities and improvements on the South Kent School grounds. On February 16, we broke ground for the Richard H. Lawrence, Sr. Faculty Village and much has developed since. There has been a need for new housing and now, faculty members and their families will be able to enjoy the benefits of the village. This project was made possible by Dee and Richard Lawrence, Jr. ’74 (Richard) who donated a substantial gift in honor of Richard’s father, Richard H. Lawrence, Sr., who has served South Kent School for many years. As a member of the Board of Trustees from 1986 to 1998, Lawrence went on to serve as Chairman of the Board from 1992 through 1995.

Five new buildings were drawn up on the original blueprint, along with a loop road to allow access to this new area on campus. With the first two duplexes freshly completed, these enhancements to the quality of life at South Kent are not going unnoticed. One of the buildings is a ranch style home with two two-bedroom units and the other is a cape style home with one two-bedroom unit and one three-bedroom unit. The three remaining buildings will each be single unit homes with three-bedrooms. Situated at the top of the hill near Elizabeth Bringhurst Dormitory Complex and the “Wit’s End” house.

“The contractor finished up the painting and trim of the interiors and once they completed that, we brought in a flooring contractor,” said Associate Head of School Richard Chavka. “The first two homes were built through modular housing, which is an efficient and economical means of constructing our faculty housing.” Chavka also noted that contractors recently completed putting in a conduit for electrical service, and Connecticut Light & Power connected the power lines. Additionally, water lines are ready and the septic system has been installed. Due to the increased demands the new village will bring on the septic system, a new septic field was made before building even began. Some faculty members were temporarily displaced off-campus for the summer as there was a need to tear down a faculty-housing unit in the process of the Lawrence Village construction. Now that faculty members were able to move into their beautiful new homes before the commencement of the academic year, we are sure they have deemed those temporary changes worth the wait.

Thanks to the Lawrence family, the School will be able to continue to attract and retain top-level teachers, remain at the forefront of educational development and also honor Richard (Dick) Lawrence, Sr. simultaneously. “We are so glad to be able to honor Dick,” said Head of School Andy Vadnais. “He has been a dedicated friend of South Kent School for many years and made positive contributions to the School in many areas.”