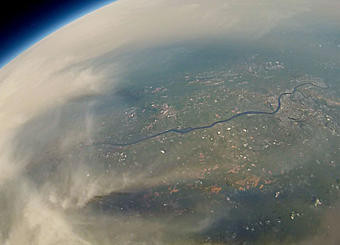 This year’s Near Space Mission was carried out in the final weeks of the school year. After filing a NOTAM (Notice to Airmen) with the FAA, several South Kent students launched Cardinal II from the campus at 8:49 AM on May 23. Cardinal II was successfully recovered from an accommodating Oak tree in Webster, MA several hours later. Three Fourth Formers, Howard Dong (Qingdao, China), Ryan Liao (Beijing, China), and Oliver Widiasana (New Milford, CT), made up the recovery team. Cardinal II consisted of a light frame bearing two GPS systems. One GPS transmitted latitude and longitude coordinates “live” while the airframe was below 20,000 feet; the other, along with several other sensors, stored coordinates as well as temperature, heading, and pressure data throughout the flight. Two GoPro cameras were enclosed in a small styrofoam container which was built by Third Former Jules Manes (South Kent, CT). Chemical hand warmers were placed in the container with the GoPros to keep the camera batteries warm enough to function throughout the flight. The frame was carried aloft by a balloon filled with 90 cu. feet of helium. 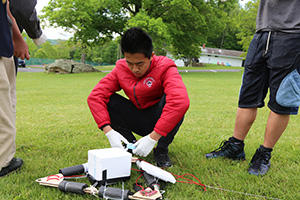 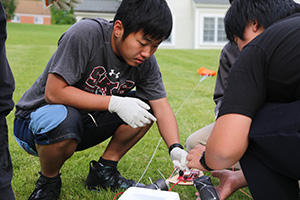 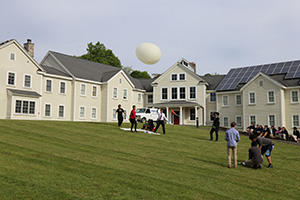 Despite temperatures  below -50 C, Cardinal II returned with some very nice video data. Reaching a burst altitude of over 32,845 meters (20.4 miles) in just over two hours, Cardinal II landed in Webster, MA at 11:34 and was recovered at 1:30 PM. Congratulations boys!