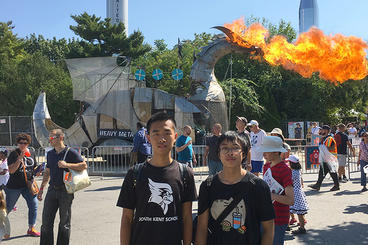 Two members of the South Kent School community represented the School at the 8th Annual Flagship World Maker Faire New York earlier this year. Fifth formers Howard Dong (Qingdao, China) and Oliver Widiasana (New Milford, CT) were joined by 90,000 fellow makers representing 44 states and 45 countries. The two-day event showcased project work by over 750 makers, as well as vendors supporting the global maker community. Featured speakers included Zach Kaplan, CEO of Inventables (maker of the Carvey and X-Carve CNC machines), and the mad scientists from EepyBird, who were not shy about demonstrating the creative ways in which Mentos and Coke may be combined for dramatic effect. 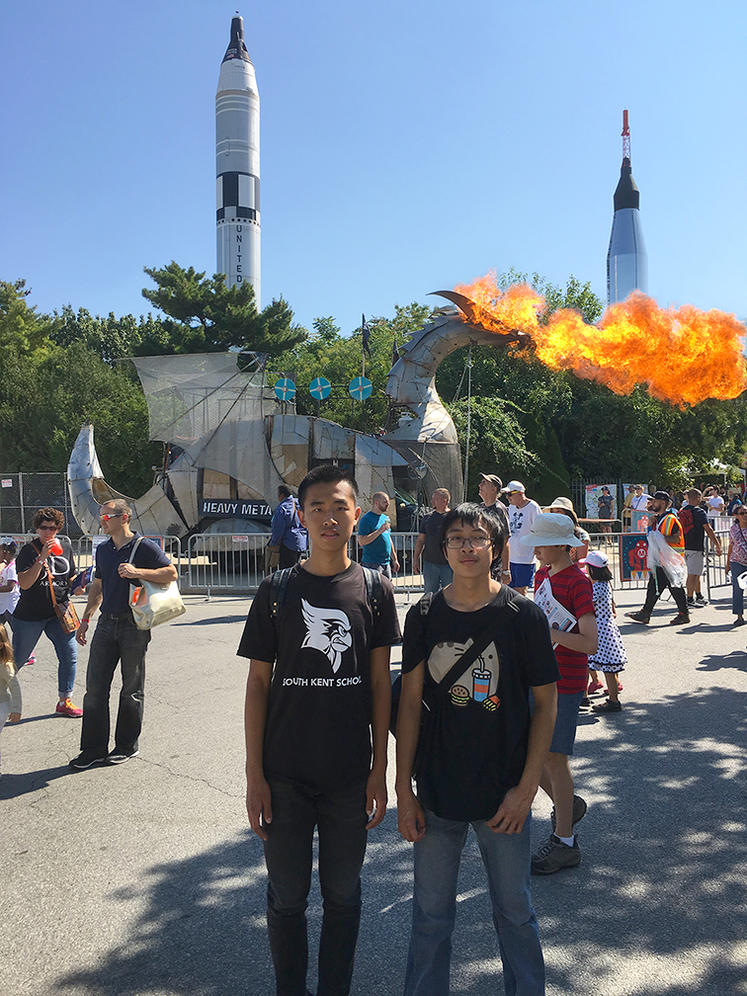 Howard Dong and Oliver Widiasana in front of a fire-breathing dragon and, in the background, a Titan and Atlas rocket at the New York Hall of Science.

Between drone racing, 3-D printers using chocolate (“Sorry, Mr. Berghold, my roommate ate my project”), and complex kinetic sculptures, both Oliver and Howard found kindred spirits and inspiration during their “Maker Weekend”. Both boys have expressed interest in attending again next year – perhaps as exhibitors!