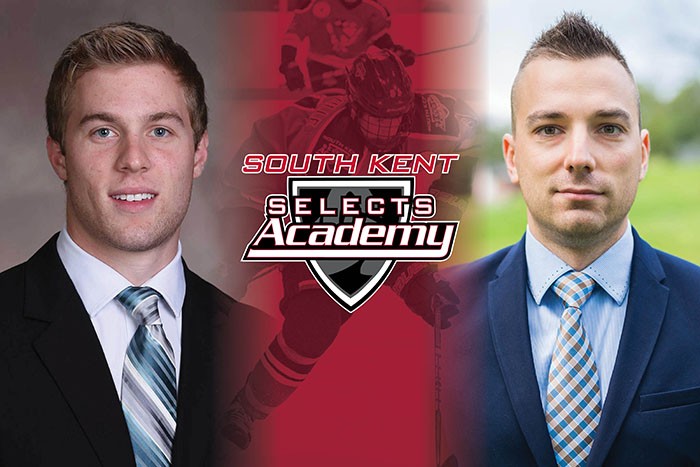 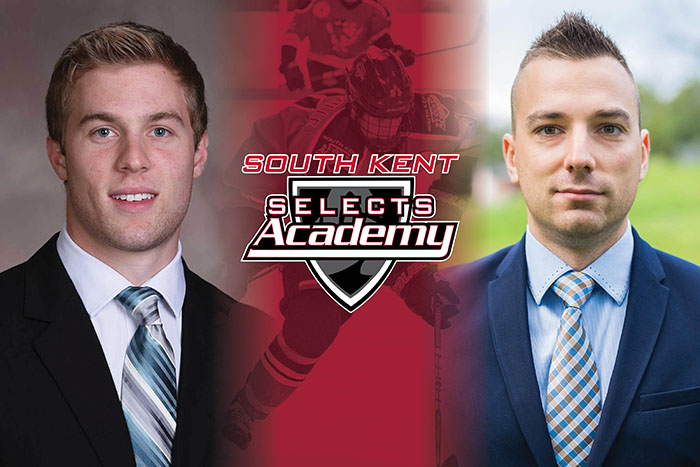 South Kent School is excited and proud to announce new 2020-2021 South Kent Selects Academy Head Coaches. Head of School Lawrence Smith said, “After a thorough search we know we have two hockey coaches with tremendous knowledge and experience who can help our student-athletes live into our mission on and off the ice: preparing young men to succeed in college and thrive as thoughtful and engaged citizens in a rapidly changing and intensely competitive world.”

Mark Naclerio, former stand out player at Avon Old Farms, Brown University, and on the professional level, will be the 15U Head Coach and Director of Camps and Clinics. Andrey Uryadov ’04, who as a coach with SKSA was a National Championship winning assistant coach with our 18U team in 2018, the Associate Head Coach of the 18U team this past season, and a leader of our skill development training, has been promoted to 16U Head Coach and Director of Skill Development.

Director of Athletics, Owen Finberg said, “We have stayed true to our process in filling these two important positions. In Andrey and Mark, not only do we have coaches with great hockey experience and the ability to help develop our players and teams to an elite level, but we also have people who understand our unique blend of a college prep education, residential community, and USA Hockey Tier I AAA program. We are fully confident in their ability to improve our program on the ice and help develop thriving student-athletes and thoughtful young men on campus.” 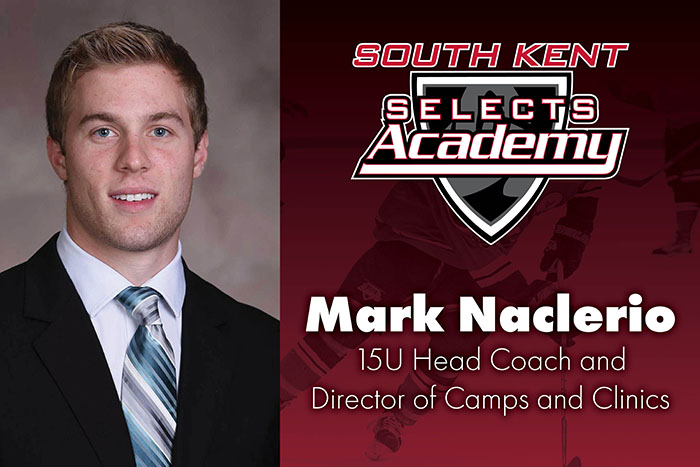 Coach Naclerio had an impressive career as a player. He spent four years at Avon Old Farms, one of the most successful, traditional New England prep school hockey programs. He not only starred on the ice but received some of their highest academic and character awards including the Headmaster’s List, Order of Old Farms Prize and the Yale Book Award. He went on to star at Brown University where he was a two time captain and earned multiple All-Academic Team and All-League awards from both the ECAC and Ivy Leagues. Professionally, Coach Naclerio, has experience playing for the AHL affiliate of the Boston Bruins and the ECHL affiliate of the Philadelphia Flyers as well as a year each playing in the top leagues of both Austria and Italy, finishing his playing career in the spring of 2019.

"I am thrilled to be joining South Kent School as the 15U Head Hockey Coach. South Kent School is rich with tradition and success, and I am grateful for the opportunity to use my past experiences to contribute to the development of the School and hockey program. It is my ultimate goal to assist young men in becoming their best academically, athletically, and personally through hard work and perseverance. I am looking forward to getting started and giving back to the game that has given me so much." Coach Naclerio commented. 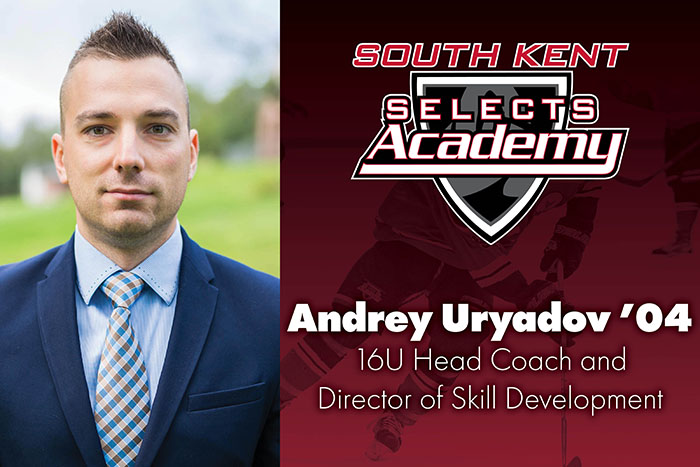 Coach Uryadov ’04 was one of the best NEPSAC prep school players in South Kent history. Arriving as a freshman from St. Petersburg, Russia, and finishing with a post graduate year, he spent five years on The Hillside. Uryadov was a two time captain at South Kent and the leading scorer on the 2004 New England Championship team. He continued his NCAA career at the Division I level with four seasons at RPI, earning multiple accolades from the program and the ECAC. Coach Uryadov concluded his career with two years of professional hockey in his native Russia. Since 2015 he has been a vital member of the South Kent Selects Academy staff, assisting with all three age groups and helping teams to multiple USPHL, Showcase, and New England tournament titles as well as USA Hockey National Championship appearances and made a major impact in the skill development program.

Coach Uryadov had this to say about his promotion, “I am very excited for the next chapter of my South Kent experience as the Head Coach of our 16U team and Director of Skill Development. I will continue to push our players to become the best versions of themselves on and off the ice, while helping them advance to the highest level of hockey they can play. Having walked this path myself from start to finish, I have the personal and coaching experience to share with the boys and assist in their progress while here at South Kent.”

Director of Hockey Operations and 18U Head Coach Jon Hutcheon had this to say about the new hires, “Mark had an incredible playing background, and we are confident in his ability to lead our 15U team. His calm demeanor and ability to connect with players is a great recipe for success.” Coach Hutcheon, who led the Neponset River Rats to the 2013 18U USA Hockey Tier I AAA National Championship continued, “I’m excited to see Andrey promoted to the head coach of the 16U team after dedicating ten years of his life to South Kent School. Andrey’s work ethic and attitude along with his loyalty to players is second to none. I love working with Andrey and look forward to continuing working together.”

While COVID-19 has affected all levels of society, and many businesses in a negative way, these new coaching hires along with our commitment to open on September 8th and provide 160 days of on campus instruction affirm our preparedness to continue as the industry leader in developing engaged, young men on and off the ice . While we are pained by the fact that some of our partners have suffered, this will in no way affect our ability to deliver a first-class educational student-athlete experience, as South Kent School has always controlled and managed the day to day operation of the South Kent Selects Academy program.

As soon as school starts we will have our excellent coaches working with our players through skill sessions, small groups, team practices, scrimmages and/or our full USA Hockey schedule, depending on what is permitted by law. We have a world-class, private rink on campus in Admiral James and Sybil Stockdale Arena. We have two full-time athletic trainers, two full-time nurses and a school doctor that are working closely with our administration and government and health officials to be prepared for all necessary health protocols when school opens.

South Kent's coaching staff are happy to offer a High Performance Student-Athlete consultation to help determine what path is right for you, along with advice on how get the best opportunities for your future.

Please take this brief survey to receive a High Performance Student-Athlete consultation with one of our professional coaches.