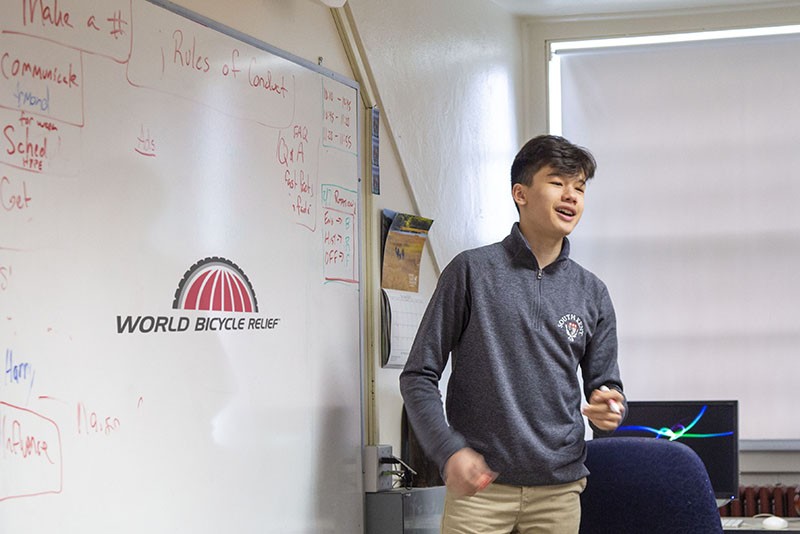 On February 15th, 2020, starting at 10am, South Kent School students held a 24-hour Bike-a-thon to raise awareness of, and funds for, World Bicycle Relief (www.worldbicyclerelief.org). This organization provides bicycles to support people in developing nations and disaster recovery. The Bike-a-thon was live streamed through the School’s YouTube page, and during the 24 hours students had the goal of pedaling 1,923 miles, and raising $1,923, since 1923 is the year that South Kent School was founded. World Bicycle Relief was established in 2005 by South Kent alumnus and founder of the cycling component manufacturer SRAM, F.K. Day, class of 1978. The fundraiser was a community service day linked to South Kent School’s Engage programming, dealing with issues at the intersection of climate change and social justice. 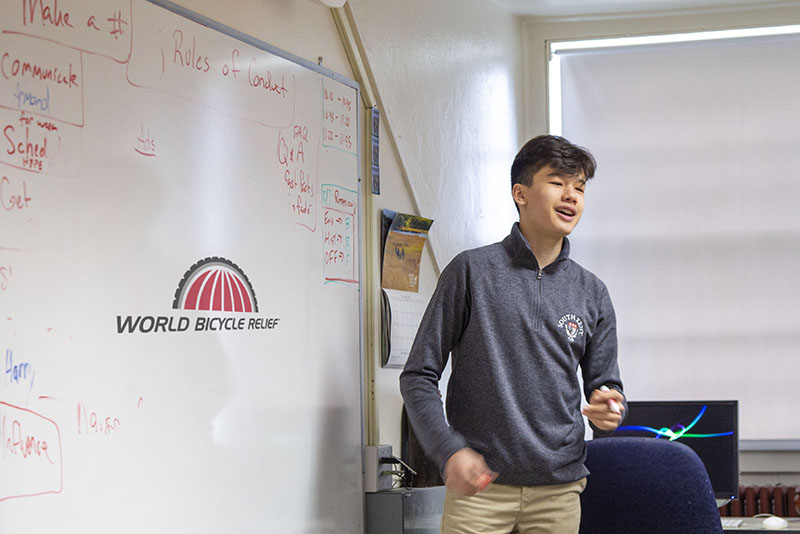 “The whole student body was excited to work together to help reach the Bike-a-thon goals. Students coordinated to keep our progress going on six bikes during the whole 24 hour stretch,” said fourth former Sawyer Beyer.

Work to plan and organize the event was driven by the entire student body, with various responsibilities divided up by form (grade). The Third Form (9th grade) was tasked with researching and presenting the history and rationale behind World Bicycle Relief, and how it connects to South Kent School through alumnus F.K. Day. The Fourth Form (10th grade) developed a marketing and social media plan to ensure that the message and fundraising efforts of the Bike-a-thon reach the largest audience possible. The Fifth Form (11th grade) worked with the school’s Advancement Department to learn how fundraising works, identify donors, and understand what messaging would most resonate with that target audience. The Sixth Form (12th grade) and Post Graduates handled the logistics of the Bike-a-thon, from how and where bikes are set up and how we reach our goals, to who to call should there be any issues.

“We did a similar event several years ago for World Bicycle Relief, but that only involved part of the School,” said SKS faculty member the Reverend Stephen B. Klots.  “I’m excited that every student, and a lot of the faculty, took part this year.”

After 24 hours 1,256.14 miles were biked, short of our very ambitious goal, but still impressive. Even more exciting is that the South Kent School community surpassed the students' fund-raising goal of $1,923, with the final total amount raised being $3,348! 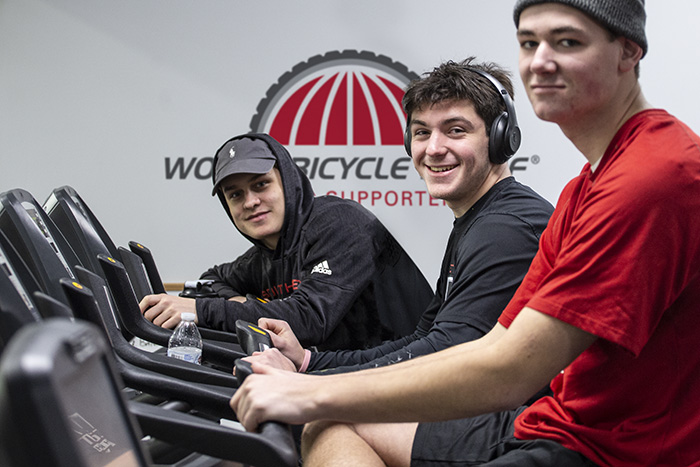 “I am very pleased to see how enthusiastic the student body was when organizing this event, and how much they truly care about the impact that their efforts can have. Developing young men to be engaged citizens is a core part of South Kent’s mission, and the many charities founded by our alumni, like World Bicycle Relief, are great examples of just how important and effective this part of our mission is. As our boys organized and participated in the Bike-a-thon they continued a tradition of service that goes all the way back to the founding of our school,” said SKS Head of School Lawrence A. Smith ’73.

World Bicycle Relief is an international, non-profit organization that specializes in large-scale, comprehensive bicycle distribution programs to aid poverty relief in developing countries around the world. Their programs focus primarily on education, economic development, and health care. As of November 2015, World Bicycle Relief has distributed more than 450,000 bicycles and trained more than 1,300 bicycle mechanics in the developing world.

Posted in the category General.